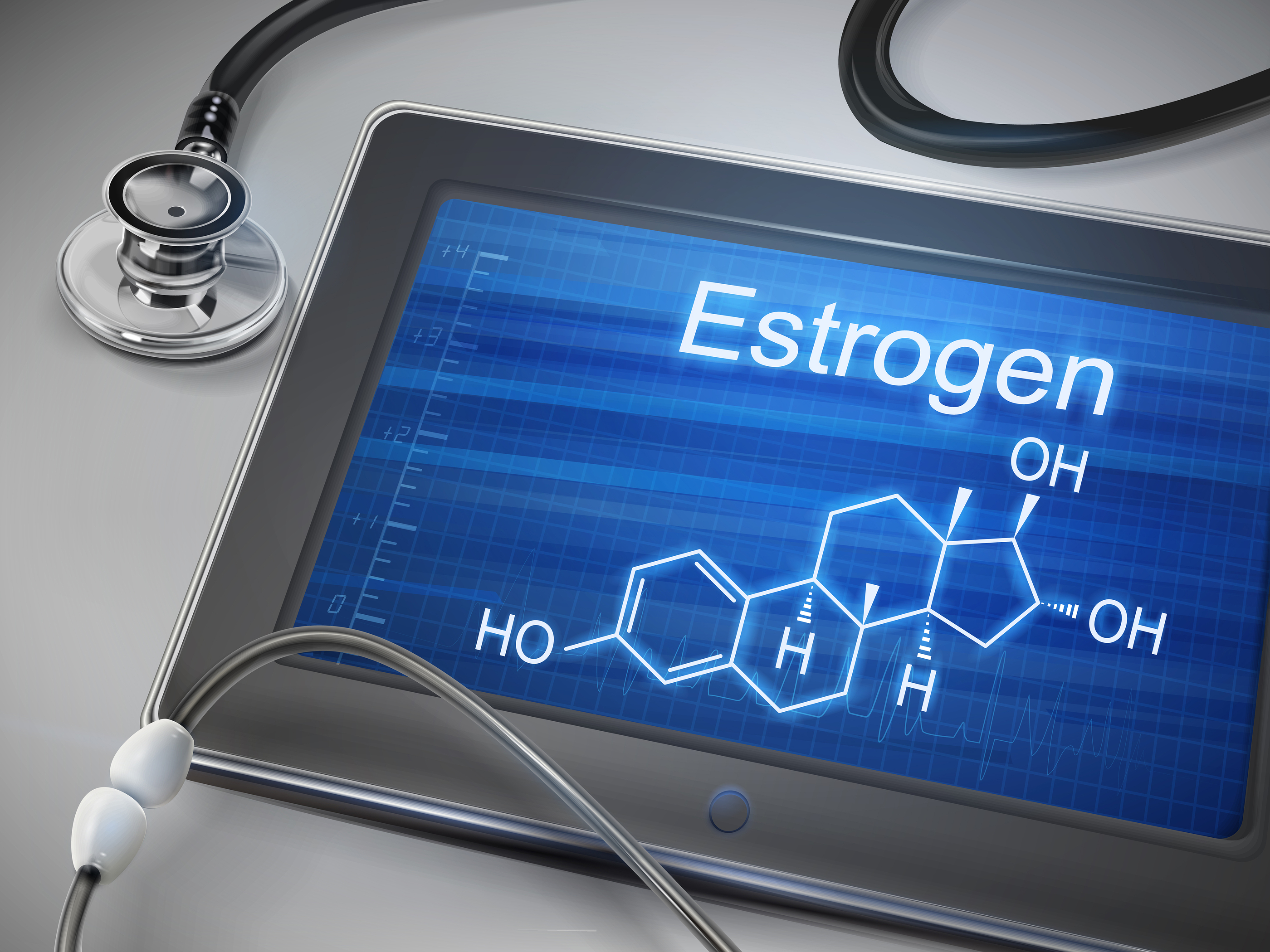 Everyone has heard of estrogen, and most people know it as a hormone that plays an important role in a woman’s body. More than just a hormone driving a woman’s romantic interests, estrogen has more than 400 different functions.

Among its functions: to regulate body temperature, improve muscle tone and metabolic rate, enhance sleep and boost mood and concentration, maintain bone density, and even decrease the risk of certain cancers.

Estrogen is so important because there are so many estrogen receptors in a woman’s body, including in her brain, eyes, heart, gut, breasts, muscles, bone, bladder, intestines, uterus, vagina, lungs, and blood vessels. Receptors allow hormones in the bloodstream to “bind” to cells. Once bound, those hormones then tell cells what to do.

But did you know that there are actually three estrogens at work in your body? They are: estrone (E1), estradiol (E2) and estriol (E3).

Estrone (E1). Prior to menopause, estrone is made by the ovaries, adrenal glands, liver, and fat cells. Estrone converts to estradiol in the ovaries until post-menopause, at which time production occurs in a woman’s fat cells. That is unfortunate since weight gain is one symptom of menopause, and high levels of estrone can increase the risk for both breast and endometrial (uterine lining) cancer.

Estradiol (E2). Estradiol, the strongest form of estrogen, helps protect the heart, bones, brain, and nervous system. Prior to menopause, estradiol is the main hormone produced by a woman’s body, with production occurring primarily in the ovaries. While production of estradiol decreases throughout menopause, it continues to be produced by most women—some women in their eighties still produce small amounts of estradiol naturally.

Estradiol can also stave off osteoporosis, or brittle-bone disease, by slowing the bone-dissolving activity of cells known as osteoclasts. Osteoclasts and osteoblasts are cells that, as part of a process known as resorption, are constantly breaking down and rebuilding your bones. Low estradiol levels allow a protein molecule known as interleukin-6 (IL-6), which activates osteoclasts, to rise. Estrogen replacement can keep IL-6 at bay and balance out the bone remodeling process in your body.

Estriol (E3). Estriol is the least potent estrogen, and does not offer protection for the heart, bone, or brain like estradiol does. However, estriol has even been shown to protect against breast cancer and to decrease the reoccurrence of breast cancer.

Synthetic estrogens that are administered as part of hormone replacement therapy are typically composed of very high doses of estrone or estradiol along with little or no estriol. That combination can throw off the natural balance of estrogen in your body. When estrogen is needed, I usually prefer to treat using the bioidentical estrogen cream Bi-Est, which is composed of the weak estrogen estriol and the strong estrogen estradiol, in a ratio similar to what the ovaries produced prior to menopause.

Bioidentical hormones are extracted from natural sources such soybeans and yams. Once synthesized, their molecular makeup is identical to that of naturally occurring hormones, making them easier for your body to recognize. Your ovaries can’t distinguish between your own hormones and the bioidentical ones you take as part of hormone replacement therapy.

Learn more about the proven therapies that can help you feel great again by visiting my website. Be sure to take my Signature Hormone Diagnostic Assessment!