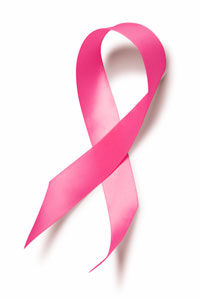 As I was preparing for a recent talk on hormones, I came across a rather startling statistic: the incidence of death from breast cancer.  Depending on which statistic you look at, mortality rates have either not changed at all over the last 20 years, or have decreased by up to 44 per cent. Published data from the Canadian Cancer Society in 1989 estimates that the mortality rate for breast cancer was 24 per 100,000 people. According to their latest statistics the projected mortality rate for 2018 is predicted to be 23.2 per 100,000 people.

Most of the scientific focus remains on early detection of the disease, as opposed to prevention. It is thought that by the time breast cancer is detected in a woman, it has been present for at least 10 years. It takes this long for the number of cancer cells to grow to the point of being detected. Wouldn’t it be amazing if there were steps you could take now to prevent a cancer that could develop ten or more years later? Looking at some of the treatment recommendations currently being made, there is appreciation for the role estrogen can play.

Did you know that high-dose estrogen (yes, you read that correctly) was the endocrine treatment of choice in postmenopausal women with advanced breast cancer prior to the introduction of tamoxifen in the 1970’s? Tamoxifen became the preferred treatment because it had the same response as high-dose estrogen but had fewer side effects.